As Pakistan bets on cheap coal in the Thar desert to resolve its energy crisis, a select group of women is eyeing a road out of poverty by snapping up truck-driving jobs that once only went to men.

Such work is seen as life-changing in this dusty southern region bordering India, where sand dunes cover estimated coal reserves of 175 billion tonnes and yellow dumper trucks swarm like bees around the country’s largest open-pit mine. 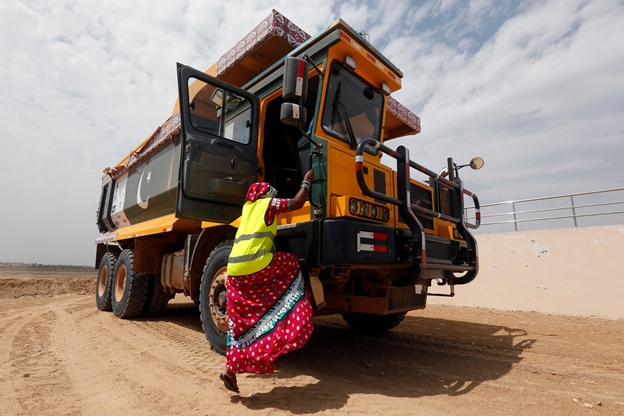 Gulaban, a 25-year old mother of three, is photographed during a training session of the Female Dump Truck Driver Programme in Islamkot, Tharparkar, September 21, 2017. PHOTO: REUTERS

“At the beginning I was a bit nervous but now it’s normal to drive this dumper,” said Gulaban, clad in a pink saree, a traditional cloth worn by Hindu women across South Asia.

Gulaban, who hopes such jobs can help empower other women facing grim employment prospects, is among 30 women being trained to be truck drivers by Sindh Engro Coal Mining Company (SECMC), a local firm digging up low-grade coal under the rolling Thar sand dunes.

Gulaban has stolen the march on her fellow trainees because she was the only woman who knew how to drive a car before training to be a truck driver. She is an inspiration to her fellow students. 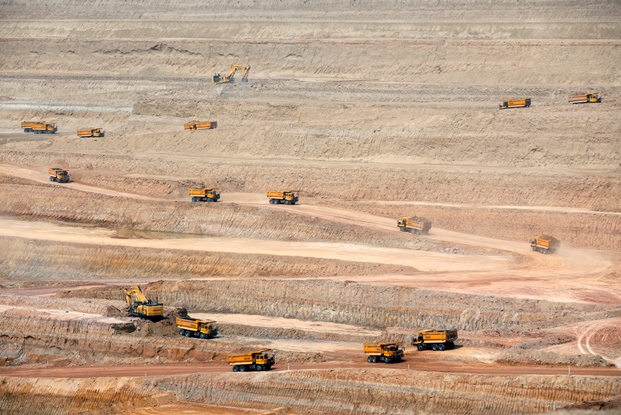 “If Gulaban can drive a dump truck then why not we? All we need to do is learn and drive quickly like her,” said Ramu, 29, a mother of six, standing beside the 40-tonne truck.

Now coal, along with hydro and liquefied natural gas, is at the heart of Pakistan’s energy plans.

SECMC, which has about 125 dump trucks ferrying earth out of the pit mine, estimates it will need 300-400 trucks once they burrow deep enough to reach the coal. 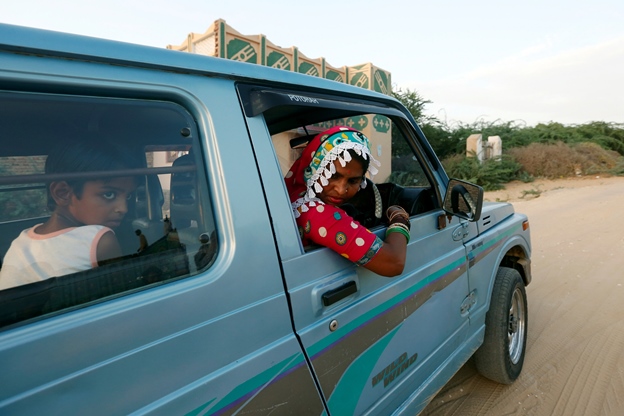 Women aspiring to these jobs are overcoming cultural barriers in a society where women are restricted to mainly working the fields and cooking and cleaning for the family.

Gulaban’s husband, Harjilal, recalled how people in Thar would taunt him when his “illiterate” wife drove their small car. 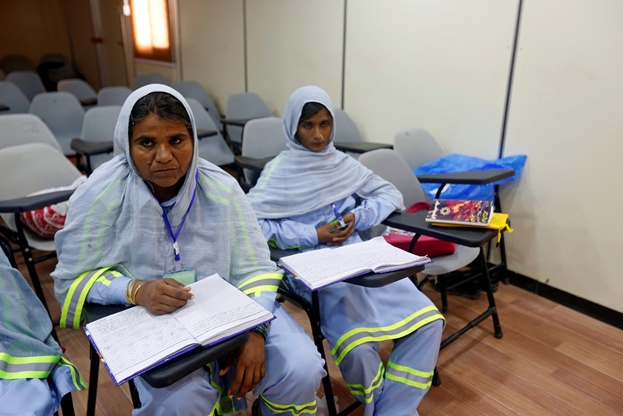 “When I sit in the passenger seat with my wife driving, people used to laugh at me,” said Harjilal, who like most of the people in the community only has one name.

But Gulaban, seeking to throw stereotypes out of the window, is only focused on the opportunities ahead.

“As I can see our other female trainees getting paid and their life is changing,” Gulaban added. “I hope…for a better future.”